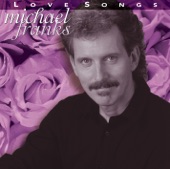 The Lady Wants to Know
Artist: Michael Franks
Album: Love Songs (Remastered), 2004
Michael Franks (born 18 September 1944 in La Jolla, California) is a smooth jazz singer and songwriter. He has recorded with a variety of well-known artists such as Patti Austin, Brenda Russell, Art Garfunkel, and David Sanborn. His songs have been recorded by The Manhattan Transfer, Patti Labelle, Carmen McRae, Diana Krall, Shirley Bassey and The Carpenters. Franks grew up in southern California with his father Gerald, his mother Betty and younger sister Christine who is the mother of Connor Sullivan, the lead singer of The Royal Nonesuch. Although no one in his family played music, his parents loved swing music and his early influences included Peggy Lee, Nat King Cole, Ira Gershwin, Irving Berlin and Johnny Mercer. At age 14 Franks bought his first guitar, a Japanese Marco Polo for $29.95 with six private lessons included - the only music education that he received. At University High in Irvine, Franks discovered the poetry of Theodore Roethke with his off-rhymes and hidden meter. In high school, he began singing folk rock, accompanying himself on guitar. Studying English at UCLA, Michael discovered artists such as Dave Brubeck, Patti Page, Stan Getz, João Gilberto, Antonio Carlos Jobim and Miles Davis. He never studied music in college or later, but earned a Bachelor of Arts degree from UCLA in comparative literature in 1966 and a Master of Arts degree from the University of Oregon in 1968. He had a teaching assistantship in a Ph.D. program in American literature at the University of Montreal before returning to teach part-time at UCLA. He started writing and recording songs during this time, and in 1973 he recorded an eponymous album, later reissued as "Previously Unavailable", which included the minor hit "Can't Seem To Shake This Rock 'n Roll". In 1975 Franks released his second album "The Art Of Tea", beginning a long relationship with Warner Brothers Music. His third album, "Sleeping Gypsy" (1977), which includes the song "The Lady Wants To Know", was partially recorded in Brazil. Around this time, percussionist Ray Armando gave Franks a cabasa, a percussion instrument that is constructed with loops of steel ball chain wrapped around a wide cylinder fixed to a long, narrow wooden or plastic handle, originally of African origin. It is often used in Latin jazz, and it became a signature instrument for Franks to play on stage when he was not playing guitar. Since then, he has recorded more than 15 albums. This channel is dedicated to the classic jazz music you've loved for years. The smokin' hot, icy cool jams that still make you tap your feet whenever you hear them . . . Cool Jazz is here!

For music videos of the Old School funk, go to:
www.youtube.com/djbuddyloveold school

To check out videos from The Roots Of Rap, go to:
www.youtube.com/djbuddyloveraproots

To explore the world of The DJ Cafe, go to:
www.youtube.com/djbuddylovedjcafe

If you love jamming to some great Classic Rock, check out:
www.youtube.com/djbuddyloveclassrock

Check out my newer music videos and other fun stuff at:
www.youtube.com/djbuddylove3000

Check out my news videography stuff at:
www.youtube.com/vonregandavis

Also, check out my youngest daughter (the world's youngest video producer) at:
www.youtube.com/daddyzgirl3000