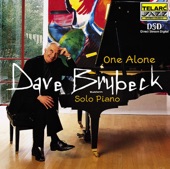 I'm always hoping for the nights that are inspired where you almost have an out of body experience.